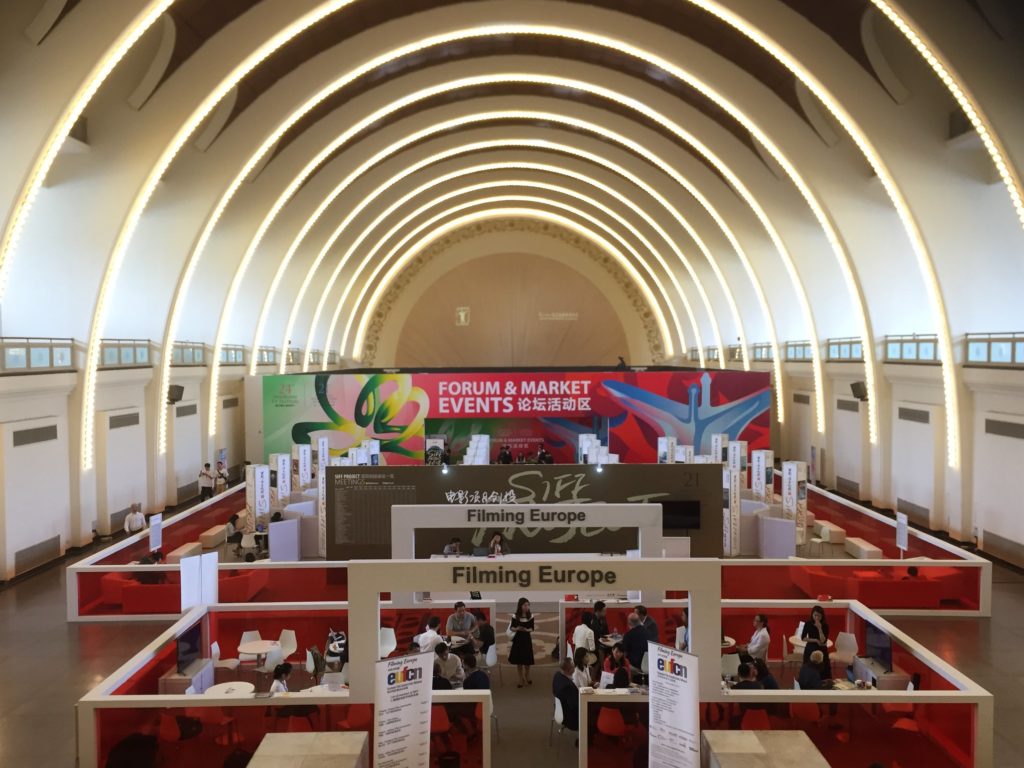 Highly successful was the participation of the EUFCN-European Film Commissions Network at the 21st Shanghai International Film Festival · Film Trading Market Exhibition during June 17-19, part of which was the Hellenic Film Commission of the Greek Film Centre.

At the EUFCN booth meetings with dozens of #Chinese #producers took place connecting them with #European #filmmakers, while each representative of the 10 film commissions which participated had the opportunity of presenting the advantages of their country at a special event on June 18.

The EUFCN participation was completed with the party which it co-hosted with the association Bridging the Dragon for enhancing the network between European and Chinese filmmakers.