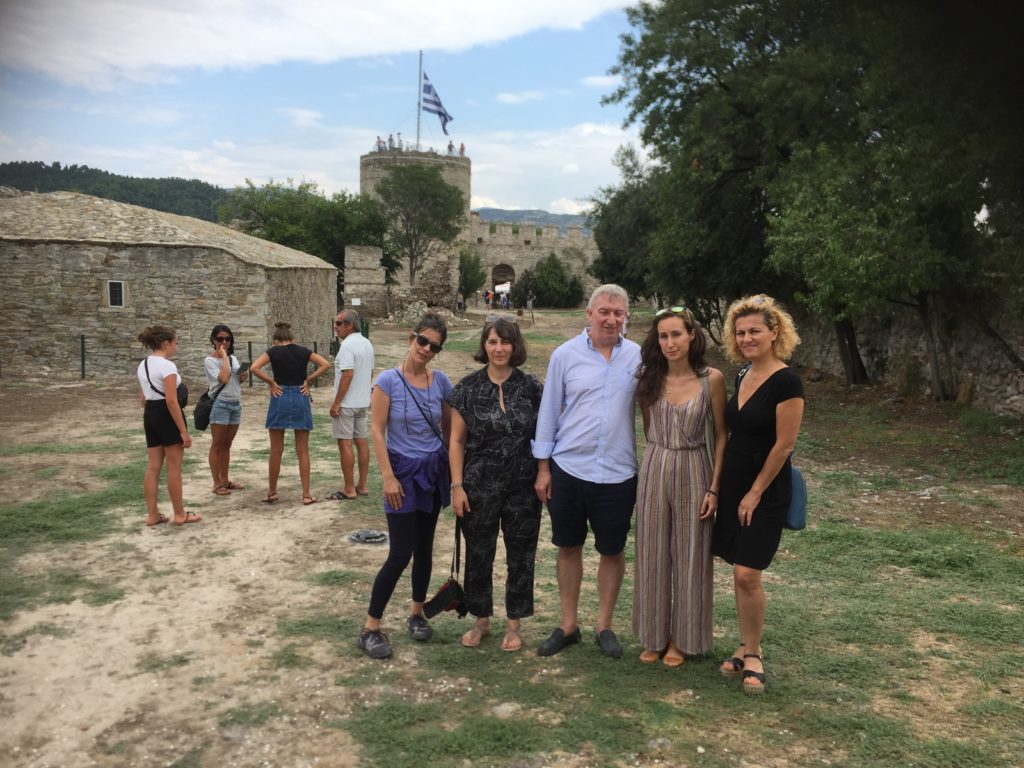 Highly successful was the recce organized by the Hellenic Film Commission of the Greek Film Centre for the feature film The Giaour from the United Kingdom.

Following the meeting of Gareth Jones (Withnail and I, Mona Lisa, The Hard Word), executive producer, with Venia Vergou, Director of the Hellenic Film Commission, at the Cannes Film Festival 2018, he came to Greece in the end of July for a one-week recce. The Giaour, written and directed by Rika Ohara (The Heart of No Place), is based on Lord Byron’s homonym poem (1813). The same poem inspired Eugène Delacroix’s painting “The Combat of the Giaour and Hassan” (1826). The film script describes a society between the East and the West, during the Ottoman Empire in Greece. The movie plot, the backstory and the context made up of the different religious and ethnic characters background, as well as issues of gender identity and sexuality.

Gareth Jones with Venia Vergou visited many locations in Thessaloniki, Kavala, Xanthi, Chania and Rethymno. The locations in the North of Greece where proposed by Tatiana Verbi, location manager, and in Crete by the team of Indigo View, Ioanna Davis and Dimitris Xenakis. During their visits they had the opportunity to meet representatives of the local municipalities and regions.

The executive producer of the film left Greece very satisfied and truly excited about the locations. The budget of the film amounts to 3 million euros and if our country is selected for filming there will be a six-week period of filming in Greece.

Special thanks to all those who contributed in the realization of this recce: