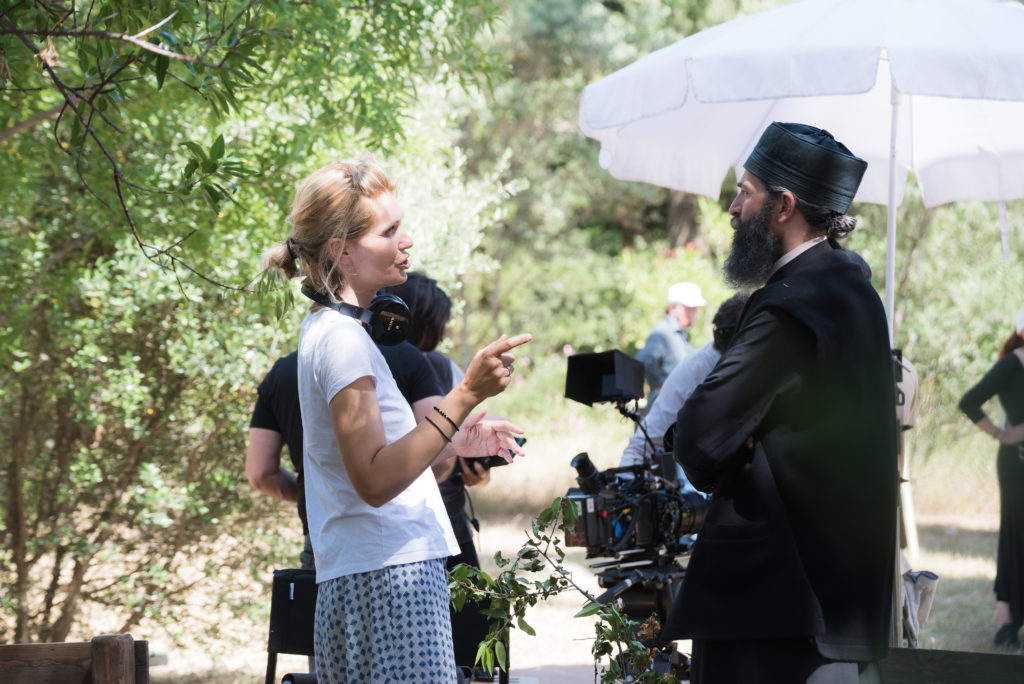 “Man of God” by Yelena Popovic, a Greek-American religious drama on the tribulations of Saint Nektarios of Aegina, starring Aris Servetali in the leading role, Mickey Rourke, and Alexander Petrov, is selected for an international premiere in the competition section of 43rd Moscow International Film Festival that will take place 22th – 29th April 2021.

Hellenic Film Commission has facilitated the process of the shooting of the film that began on 8th June 2020 in and around the city of Athens and the island of Aegina where Saint Nektarios built a monastery. “Three weeks into production and the days have by and large gone smoothly. There has been no trouble securing permits to shoot in protected buildings and nearby ruins and historical sites” said Alexandros Potter producer of Simeon Entertainment in an interview at Screen International by Jeremy Kay.

The film was produced by Simeon Entertainment and View Master Films (Greece) in association with the Holy Great Monastery of Vatopedi, St. Maxim The Greek Institute, The Holy Metropolis of Mesogaia and Lavreotiki and Eurogroup, and with the support of Ingenuity-FO, Deep Dream, NP Insurance, Minetta Insurance and ΕΚΟΜΕ (The National Center of Audiovisual Media and Communication). Feelgood Entertainment is releasing the film theatrically in Greece and Cyprus. Pinnacle Peak Pictures (fka Pure Flix) is handling international sales for the film.
Photo: ©Marilena Anastasiadou