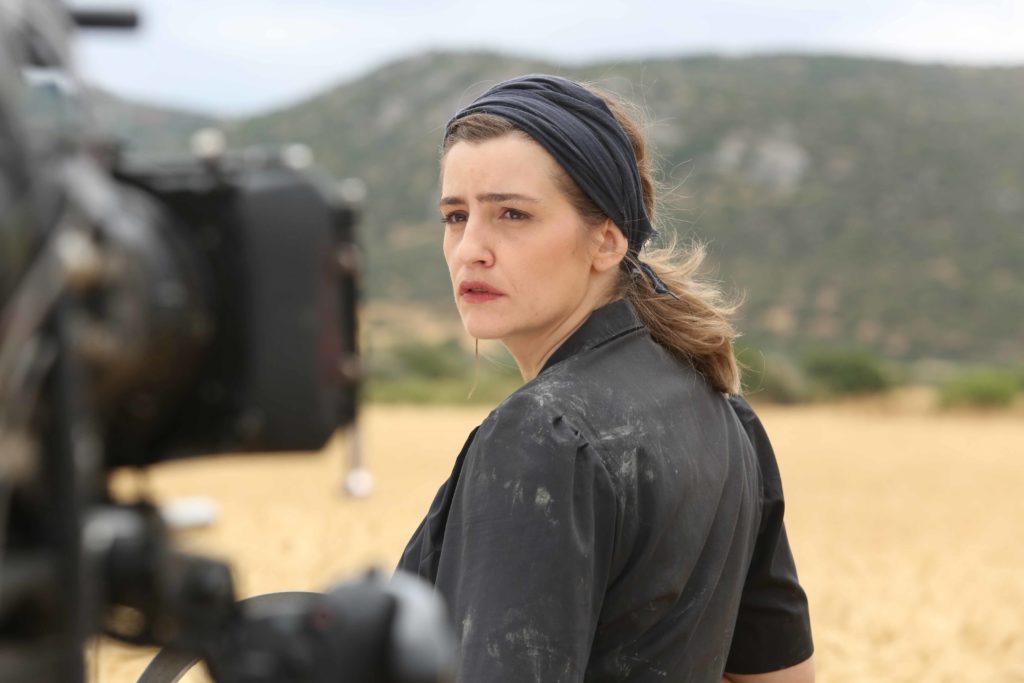 Wild Bees: Greek Period TV Series, with over 2 Million Viewers, the First Production to Restart Shootings in Greece after the Pandemic

Wild Bees, directed by Lefteris Charitos, is an original TV series set in the greek countryside of 1958. It became a hit overnight with the first episode broadcasting on Antenna TV channel, justifying Mr George Pofantis, Chief Content Officer of Antenna TV, the instigator behind the idea of an origian period greek TV series and Melina Tsampani, writer of the original script. Numbers ranging from 29% to 40% every night with as many as 2 million viewers and an average of 1.7 million every night makes it one of the biggest successes ever made for greek television.

Production has been massive considering that large sets were built including a whole village with streets, houses, a police department, mayor’s office and many different stores. Casting lasted four months and more than sixty (60) actors were cast. Kapa Studios (located in Spata Attiki in an area of 30.000 sq.m. in the suburbs of Athens including 10 sound stages) owned by Yannis Karayiannis (JK Productions) contributed the most to the success of the series. Second season is in pre-production.

Wild Bees tells the story of three sisters who are orphaned and have to fight against the powerful landowner of the area, in order to hold on to their land. They also come up against the patriarchal society. It is only two years after women in Greece were granted the full right to vote. The story begins with an arranged marriage, that does not last even a day. A murder will make the three sisters keep a deadly secret forever.

The Hellenic Film Commission presents an exclusive interview by Lefteris Charitos, the director and showrunner of the series Wild Bees (broadcasted by ANT1 Channel, Monday-Thursday, at 22:45).

Questions by Venia Vergou, Director of the Hellenic Film Commission

Lefteris Charitos is a fiction and documentary film director. He studied film at the Royal College of Art in London. His feature documentary Dolphin Man (2017, Greece-France-Canada-Japan-Italy in co-production, with ARTE, French and Greek Film Centres, WOWOW, SVT, Knowledge Network, ERT, RTS) about the famous free diver Jacques Mayol, the real person behind Luc Besson’s cult film The Big Blue, has screened at the International Tokyo Film Festival, Miami Film Festival, Angers Premiers Plans and Thessaloniki International Film Festival. He has also directed many fiction and documentary series for Greek television, including the highly acclaimed history documentary series 1821 and The Journey of Food and the fiction crime series Zone Defence. Along with directing he has a long academic experience being a Film Production coordinator and lecturer at SAE Creative Media College.