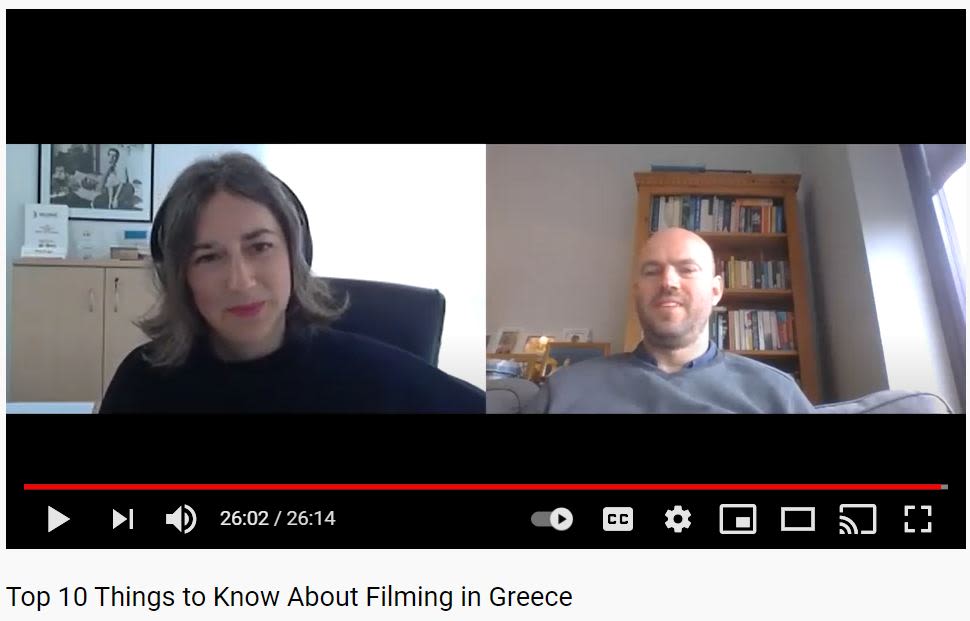 Top 10 things to know about filming in Greece, exclusive report on KFTV.com

Venia Vergou, director of the Hellenic Film Commission, talks on KFTV with Chris Evans, about how the country is drawing in several big projects from the likes of Netflix, Disney+ and Paramount.

Greece is expected to host more than 20 projects in 2021, and already has about 16 scheduled, including: a follow-up film to the murder mystery Knives Out, from Netflix, ,Amazon and Paramount’s Tom Clancy’s Jack Ryan season three, a Disney+ movie, Greek Freak, My Big Greek Wedding 3 and a new sci-fi film from David Cronenberg.

“Greece is actually one of the safest and most welcoming places to film,” says Venia Vergou to Chris Evans.