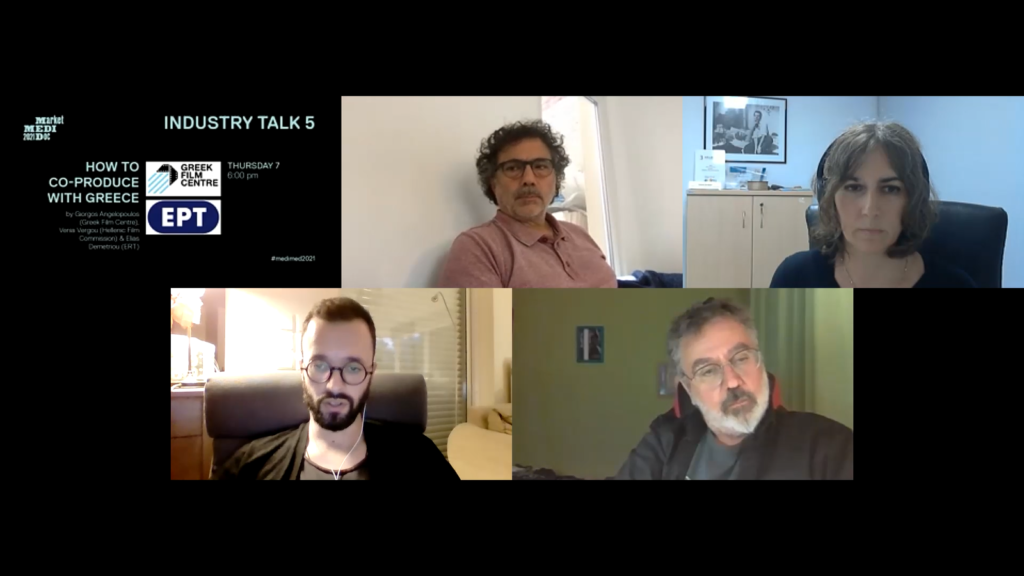 How to Co-produce with Greece, an Industry talk by the 22nd edition of MEDIMED Market & Pitching Forum

MEDIMED Market & Pitching Forum invited representatives of the Greek Film Centre to inform and discuss about co-producing opportunities with Greece.

The speakers where Giorgos Angelopoulos, Director of the Production Office of the Greek Film Centre, Venia Vergou, Director of the Hellenic Film Commission of the Greek Film Centre and Elias Demetriou, Co-Production Department of ERT (Hellenic Broad- casting Corporation). The three speakers explained the benefits of co-producing in Greece and how you must proceed in order to obtain not only the permits to shoot but the fiscal advantages that the country offers.

Also, Venia Vergou, shared useful information about the services provided to foreign productions by the Hellenic Film Commission, the ways of promoting Greek locations worldwide and the ways of collaborating with location managers and relevant authorities while a few case studies of international productions shot in Greece were also discussed.