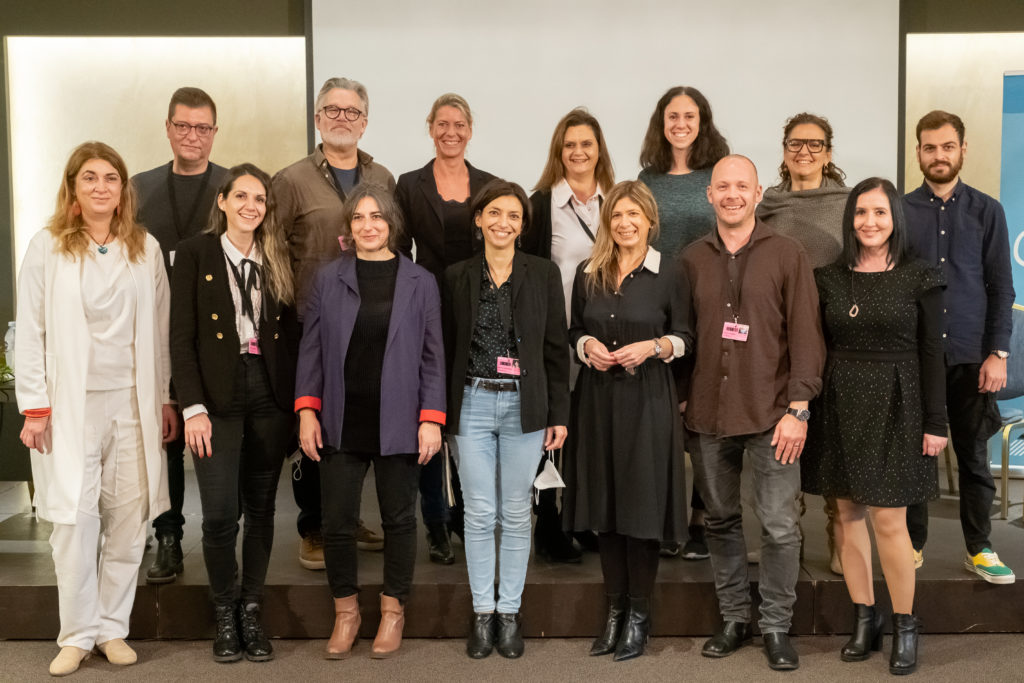 A report of the Training Day: “How does a film office establish itself in the marketplace?”

Invaluable answers were given during this Training Day, organized by the Hellenic Film Commission of the Greek Film Centre in collaboration with the European Film Commissions Network (EUFCN) at the 62nd Thessaloniki International Film Festival (09.11.2021). With the support of Athens Film Office.

The event was a success story with over thirty (30) people attending from the Film Offices of the Region of Central Macedonia, Region of West Macedonia, Region of East Macedonia and Thrace, Region of Epirus, Region of Ionian Islands, Region of Crete, as well as film producers, line producers, location managers, film experts, keeping notes on what EUFCN Board members had to say. “We all have something to learn and something to teach”, remarked Mikael Svensson EUFCN Co-President, Head of Southern Sweden Film Commission, along with praising the organization of the event, the Greek hospitality and, of course, the Greek food.

«For us the three following pillars are very crucial: creating film friendly communities, building strategic networking and problem solving”, emphasized Alexandra Luetkens, EUFCN Treasurer, Film Commission Hamburg Schleswig-Holstein (Germany), in her presentation. Alexandra has been a film commissioner for almost 22 years now, developing the film commission’s services and building up Hamburg’s reputation as a film friendly city. From the beginning the Hamburg Film Commission held a vital role in the structure of the German Film Commissions network.

“For us collaboration is key. Also, the website is everything; all the information has to be there, and everything is well connected. We systematically collect information on the productions shooting in a network of over 230 film friendly towns and villages across. Then, we organize this information into these complex excel sheets because we believe that we are keeping historical data for future generations”, emphasized Carlota Guerrero, EUFCN Board Member, Catalunya Film Commission (Spain) in her presentation. Carlota is the manager of the Catalunya Film Commission since 2007. She coordinates a network of over 230 towns and villages across Catalonia, which altogether host around 4,000 productions every year.

“For us it’s all about film world meeting local expertise; collect information as much as possible, keep a contact with the people involved, make sure that you can give as much as you have in your region, don’t promise anything if you can’t deliver it”, emphasized Adrian A. Mitchell, EUFCN Board Member, Oslo Film Commission (Norway) in his presentation. Adrian is Head of Oslo Film Commission and has a long track record in the film industry, ranging from production manager, location scout and manager, distribution and as producer.

“As the EUFCN Communication and Social Media Manager I can assure you that promotion is a key element for a film commission and a film office.

It is important to define the purpose of your association, your audience, your target. Your website is very important. Creativity is key. Get inspired but do not imitate”, emphasized Sara Inés Hernandez in her presentation. Sara promotes and supports the work of more than 90 European film commission members. She manages the EUFCN Location Award, the annual prize for best European filming location.