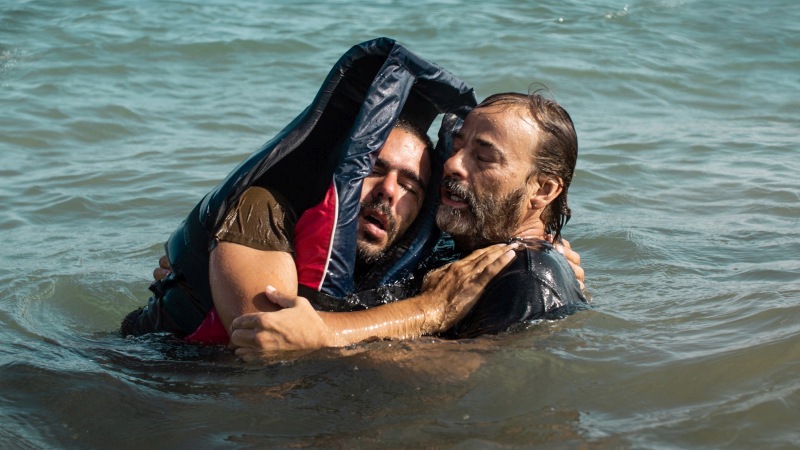 And the Goya Award goes to… «Mediterraneo»! Congratulations!

Among the three winners is the Greek line producer Mr Kostas Sfakianakis, who, along with Albert Espel, earned the Best Production Supervision award. As he stated to the Hellenic Film Commission: “It was a challenging procedure since we had to facilitate the production of the film and support the director in depicting the sensitive issue of the refugee crisis currently unfolding in the Mediterranean sea. The management of the sizeable crew with actors and extras included, while they were “drowing and being rescued” was a real challenge. I am beyond happy that my work as a line producer in an international production is being appreciated and has been awarded a Goya. I would also wish to thank the Greek production company Heretic Films , the producers George Karnavas and Konstantinos Kontovrakis, as well as the whole crew for their trust in me.”

The 7-week-long filming process took place in the coastal region of Attica, Greece and in particular: Lavrio, Schinias, Grammatiko, Dikastika and Varnava, during the pandemic, with the facilitation of the Hellenic Film Commission. The Greek experience in the Director Marcel Barrena and the Producer Tono Folguera’s own words:“Mediterraneo was a challenge for everyone involved: a film with many exteriors, lots of action on the sea and a mixed cast and crew from Greece and Spain. The interpersonal understanding and harmony on the team was peak. The technical level that we found corresponds perfectly to European standards and the infinite variety of landscapes and locations that Greece offers was key for us to be able to adapt and successfully deal with changes in weather patterns.” -TONO FOLGUERA, Producer

“Shooting “Mediterraneo” in Greece was the first and last option to make this movie come true. I needed the environment, the beaches, the language, the faces, the soul of the Greek day by day reality. And it was a pleasure and a full throttle experience. It was a very complex process, with a lot of extras, refugees, and in the middle of a world pandemic (and some hurricanes). But in Greece I felt secure.” -MARCEL BARRENA, Director

“Mediterraneo” is a minority co-production supported by the Greek Film Centre.