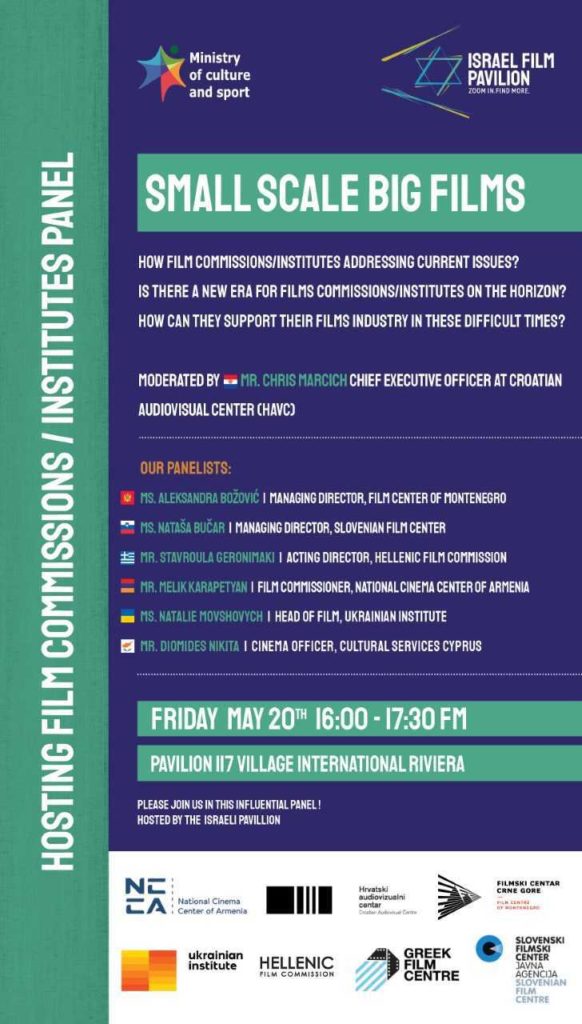 The Hellenic Film Commission will be participating in  “Small Scale – Big Films”  hosted by the Israelli Ministry of Culture and Sport, in the afternoon of May 20. Discussions will revolve around the issue of how various film commissions and institutions are dealing with current issues, and how they can assist their own film industries in these trying times.

The panel will be moderated by Chris Marcich, chief executive officer of the Croatian Audiovisual Centre (HAVC), and it will include contributions from Aleksandra Božović, managing director of the Film Centre of Montenegro; Nataša Bučar, managing director of the Slovenian Film Centre;  Melik Karapetyan, film commissioner at the National Cinema Center of Armenia; Natalie Movshovych, head of film at the Ukrainian Institute; Diomides Nikita, cultural officer at the Ministry of Education, Culture, Sport and Youth of Cyprus and our very own Stavroula Geronimaki, acting director of the Hellenic Film Commission.