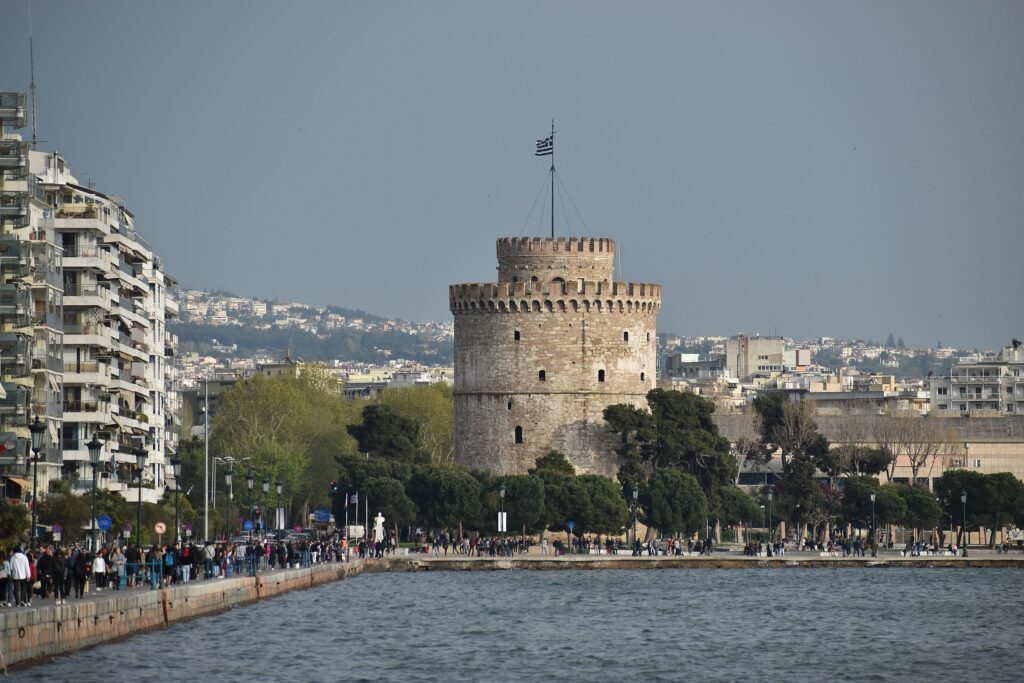 The White Tower in the Treasures of European Film Culture list!

The White Tower is among the 22 locations that got featured in the Treasures of European Film Culture list as a place of  symbolic nature for European cinema on the occasion of this year’s 35th European Film Awards.

Thessaloniki was the filming location of LANDSCAPE IN THE MIST by Theo Angelopoulos, a master stylist, a world-acclaimed film auteur and Greece’s most prominent director of the post-1968 era. The film won numerous awards including the Silver Lion at the 1988 Venice Film Festival and the European Film Award for Best Film 1989.

The White Tower was built in the fifteenth century after the fall of Thessaloniki to the Ottomans in 1430. At its location there had been an older tower belonging to Thessaloniki’s Byzantine fortifications, where the eastern wall met the sea wall. Over the years, it was referred to by various names and it was in 1883 that the tower was painted white and given the name “White Tower”.