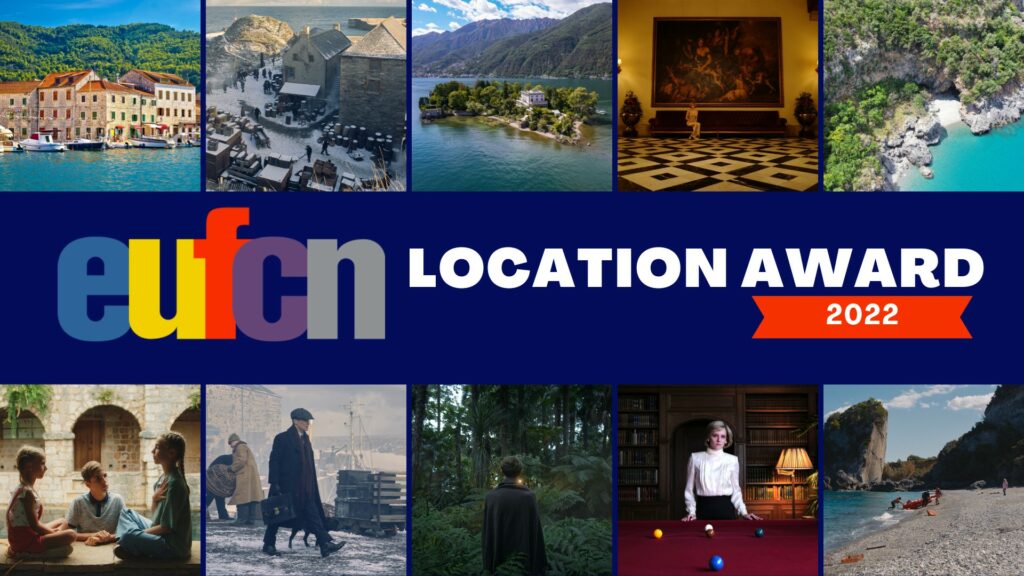 We are proud to announce that Chiliadou Beach is among the 5 finalists for the EUFCN Location Award 2022!

The EUFCN Location Award is the annual prize for European filming locations given by the EUFCN (European Film Commission Network), a non-profit association that supports and promotes the European film industry and culture.

The Location Award Jury selected the five locations competing for the 2022 edition of the Award. Now it’s time to vote for your favourite filming location!

Chiliadou Beach on the island of Evia, Greece, washed by the Aegean Sea, was featured in Triangle of Sadness, winner of the Palme D’Or at Cannes 2022, as the castaway island where the protagonists find themselves after the explosion of the yacht. The island becomes the set of a fight for survival, where social hierarchy is turned upside down, revealing the tawdry relationship between power and beauty.

Originally, Ruben Östlund’s black comedy film was intended to shoot in Thailand on a location which would combine a virgin beach with a jungle-like flora embracing the sea. Greece was chosen for many reasons, as highlighted by Erik Hemmendorff, one of the main producers of the film: “The Greek cash rebate had just been announced, Greece is part of Europe and much closer to Sweden than Thailand. But we chose this location mainly for the quality of the place itself: we found Evia and Chiliadou Beach a bit different than the “usual” and more touristic Greece. The vegetation, the high mountains, the sea, and the stony beaches, give the island a feel of “unknown and secret place”, which fitted perfectly to the story of the film. The support and hospitality from the local community was also a very big factor”.

One lucky name will be picked among the voters and will have the chance to travel to the winning location!

The 5 locations that will compete for best European filming location of the year are:

The winner of the EUFCN Location Award 2022 will be determined by the general public’s vote.