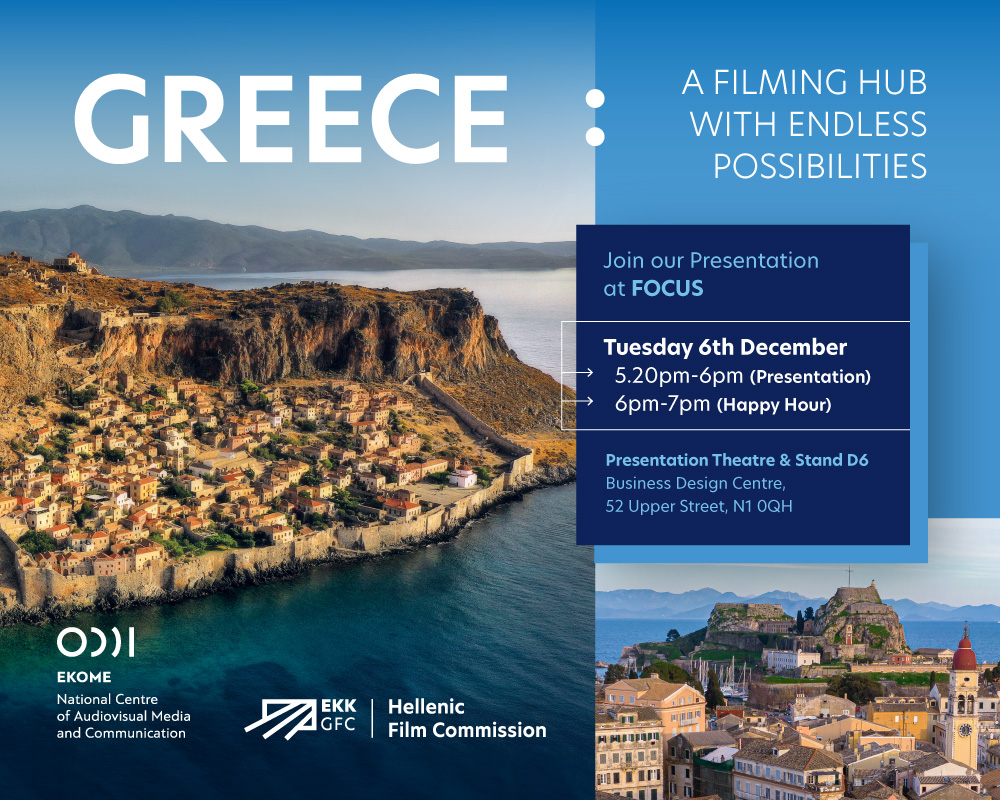 The Hellenic Film Commission of the Greek Film Centre participated at “FOCUS- The Meeting Place for International Production” that took place on December 6-9 in London for the 5th time in a row, while joining forces with EKOME (National Centre of Audiovisual, Media and Communication) for the second time in an effort to promote Greece as a top film-friendly destination.

On the 6th of December the Hellenic Film Commission’s Director, Maria Koufopoulou, along with Vasiliki Diagouma, Head of Communication and International Relations of EKOME conducted a presentation titled: “Greece: A filming hub with endless possibilities” about the strategic advantages of Greece as a filming destination, ranging from the attractive Financial Incentives to the experienced professionals and the amazing locations the country offers.

Part of the Hellenic Film Commission’s presentation was dedicated to the Film Office of Central Macedonia, which is a primary example of success in the Audiovisual Landscape of the country. It is important here to note the participation of two local Greek Film Offices at FOCUS, that of Central Macedonia, that was mentioned previously, and that of Epirus. Film Offices support audiovisual productions on a regional level and play a major role in the attraction of foreign direct investments in the form of private producers, boosting of domestic entrepreneurship and creation of new jobs.

Finally, numerous Professionals from the international audiovisual industry visited the Greek team’s stand to explore potential business collaborations, during the physical event in London on the 6th and 7th of December 2022, as well as online on the 8th and 9th .